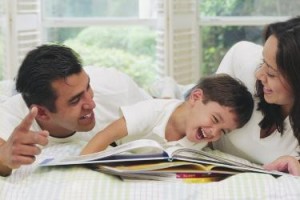 What comes to mind when the words “pregnancy,” “Latina” and “teen” are used in the same sentence? You may be surprised at how reality differs from current narratives about Latinas/os and adolescent pregnancy and parenting.

Consider Desiree and Angelica, two single Latina moms now in their thirties. Desiree was 17 and pregnant, and contrary to popular belief, her life did not end. Her son is now 12 and she recently received her Bachelor’s degree in Organizational Development. Angelica was 19 and pregnant. Her son is now 18 and receiving acceptance letters to his top choice colleges.

These success stories are rarely heard of, not because they are rare, but because in the last century, societal norms have changed to deem adolescent parenting “bad” and “teen pregnancy” a social problem. If adolescent pregnancy is so “bad,” why are Desiree, Angelica and their children doing well? Are they exceptions or the rule? The truth is many adolescent parents, children, and families do equally well compared to their peers, particularly when provided with strong social and functional support. The myth of the Latina/o “teen pregnancy problem” has buried these stories. Moreover, the dominant frame used in efforts to reduce adolescent pregnancy has, in part, caused these stories to be seen as even more uncommon, as it ascribes support for young families as social and economic “costs” and depicts young parents as social pariahs.

Has CLRJ concluded that we must desist in supporting “teen pregnancy prevention” programs? To answer that, we ask: how did Desiree and Angelica fall through the prevention cracks?

There are myriad reasons why adolescents become parents including wanting to be a parent, lack of access to contraceptives, lack of access to comprehensive sexuality education, and lack of opportunities. Working with youth to delay childbearing and parenting is not inherently wrong, however viewing youth sexuality in a vacuum of “prevention” does not meet the needs of Latina/o youth. Similar to adults, half of youth pregnancies are unintended. In other words, half of youth pregnancies are planned. Acknowledging that youth sexuality is a normal part of development and that some youth will become sexually active as adolescents compels us to think beyond preventing pregnancy. Efforts to address adolescent pregnancy and parenting must expand to address youth’s sexuality and social needs holistically.

In a misguided attempt to support youth in avoiding the perceived “negative consequences” of adolescent parenting, the dominant prevention frame centers on changing individual behavior, which has both intentionally and unintentionally categorized pregnant and parenting youth as a social problem and a “drain” on society. Young Latina/o parents are stereotyped as unsuccessful, irresponsible and unfit caregivers. This punitive strategy of blaming young Latina/o parents and categorizing them as “costs” further stigmatizes the community while ignoring the social, economic, and political factors that shape their lives and behavior.

It is time to address Latina/o youth sexuality in a manner that considers the broad context of young Latinas’/os’ lives.  CLRJ work examine the various health, educational and socio-economic inequities that must be resolved to meet Latina/o youth’s needs.

We need to change the dialogue. Instead of focusing on individual behavior and blaming youth, policymakers and advocates must address the institutional factors that influence behavior and create holistic programs that reflect this reality.

Like other parents, Desiree and Angelica made many sacrifices along the way to “make it.” Desiree struggled to work, support her son, and go to school. Angelica’s family supported her as she worked hard to provide for her son on her own. We know not all pregnant and parenting youth experience the same outcomes. Some experience discrimination at school being pushed out into alternative schools for pregnant and parenting students. Some cannot obtain childcare, which similarly to older parents, impedes them from securing good jobs, or attending school or job training. Many fathers have even less resources to support their parenting.

Providing Latina/o youth support and resources to parent does not enable them to become adolescent parents, it provides them with their legal right to the same educational and economic opportunities as their peers. Young parents are part of many Latina/o families’ reality, and they contribute to California’s socio-economic fabric. Pregnant and parenting youth must be treated with respect and dignity, recognizing that they too form part of our state’s future.

As attacks intensify on women, immigrants and anyone who is not a rich, white, heterosexual, conservative man, the vociferous response in defense of women’s autonomy and health has omitted any discussion about healthy sexuality, acquiescing to conservatives that sexuality is inherently bad. The same can be said in the case of adolescent childbearing and parenting. To many, discussing adolescent pregnancy and parenting among Latinas/os is often an unwanted reminder that youth have their own sexuality. By distorting this issue into a widely “palatable” public health prevention framework, we have undermined the conversation around healthy youth sexuality and pigeon-holed the approach to one that is punitive.

In order to address adolescent pregnancy and parenting in the Latina/o community and beyond, we must collectively start to change the discourse and norms to include youth sexuality and health needs from a perspective that acknowledges young people’s rights to education, access, autonomy and opportunities.

We join our immigrant community in great disappoin