NOT a “Poster Community” for Conservative Politics 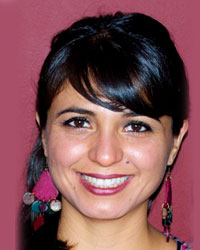 Contrary to popular perception, we Latin@s* are not ALL socially conservative, nor are we all uniformly religious, nor do we all think in a singular way.  This is because we are NOT a monolithic group of people – our ethnic roots span a vast geographical area – we are Black, Indigenous, mixed race, Asian and white – and some of us are all of the above. Collectively we speak hundreds of languages, practice many religions and have a rich cultural diversity.   And although most of us may hold family as an important value – we also have differing views on what a family entails.  En masse we understand that families come in ALL varieties:  some we are born into, some we choose for ourselves, some are made up of moms or dads and some of us find new families when we move “here” and leave our other loved ones behind borders.   In addition to our varied family experiences, our views around family formation are just as extensive and nuanced – this is exemplified by recent California and national survey findings which indicate that Latin@s overwhelmingly view abortion services as an essential component of having the ability to make the best decisions for themselves and their family.  Furthermore, family creation, spacing of children, adoption/caring for all children in a family and birth control are all equally vital issues for Latin@s.

Unlike the vast majority of public opinion surveys concerning abortion that use traditional “choice” language, which is very specific to the U.S. political context, California Latinas for Reproductive Justice instead uses language based on a Latina RJ framework.  This framework does not seek to categorize Latinas into one camp or another, but rather showcase how their multifaceted experiences, values, and families influence their decision-making process around family formation and pregnancy termination.

The following are some key findings from CLRJ’s California statewide survey:

These findings indicate that Latin@s – yes even those of us who identify as “religious”– in fact DO support a full range of reproductive health services, including family planning, access to sexual and reproductive information and education, and abortion services.   Additionally, these findings offer a more accurate picture of the Latin@ community’s views on reproductive and sexual health issues as a whole.   Let me re-emphasize this point:  While some Latin@s may be conservative or religious and may not support abortion services and/or other reproductive health care, they DO NOT reflect or represent the multidimensional values, experiences or voting outcomes of the entire Latino community.

As a Latina-based organization, CLRJ is committed to honoring the experiences of ALL Latinas to uphold our dignities, our sexuality and family choices.  And to that effect, CLRJ is a co-sponsor of California’s Assembly Bill (AB) 154 (Atkins), a bill that would help ensure that women throughout the state have early access to quality care by broadening the types of health professionals who can provide abortion services within the first trimester.   The advancement of this bill is promising for the many Latinas who currently face a number of unnecessary barriers when trying to access abortion services in their own communities by providers they know and trust.  Furthermore, unlike the myths perpetuated by myopic conservative groups, this bill truly reflects a significant health care priority for many Latin@s in California.