Celebrating YOUng Parents & Families is a digital space honoring and uplifting the experiences of Black, Indigenous, Latinx, and all young parents and families of color in celebration of Young Parents Day of Recognition in California and New Mexico on August 25th. Young parents are canceling stigma by sharing their stories and creating their own narratives. Young parents and families are stepping into their power by sharing their journeys of joy and resilience through a variety of creative mediums in this digital space. Storytelling is critical in the fight for young people’s rights to self-determination and bodily autonomy, including their decisions about whether or not to become parents, as well as their right to parent the children they have within a supportive environment.

YOUng Parents & Families share their stories of joy and resilience 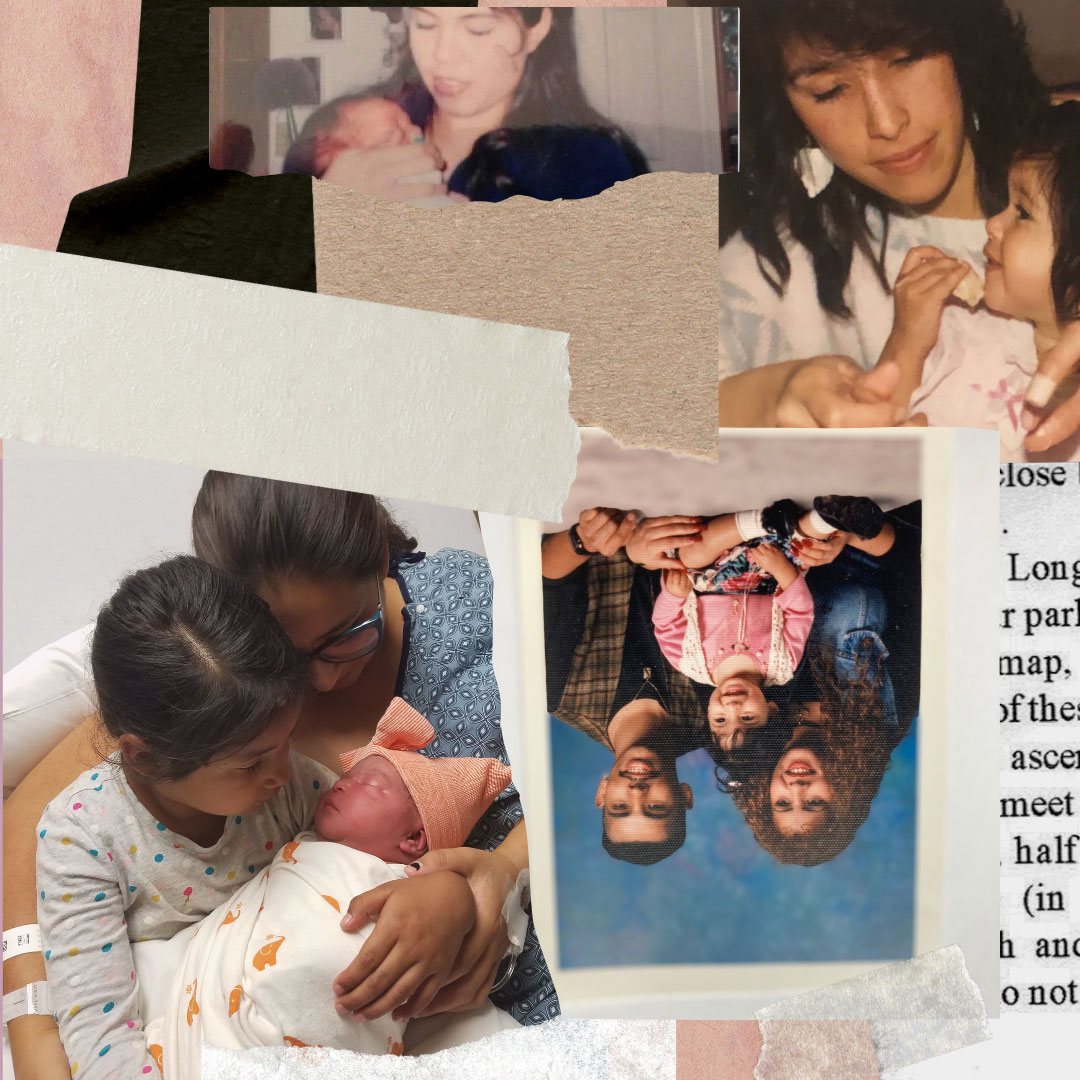 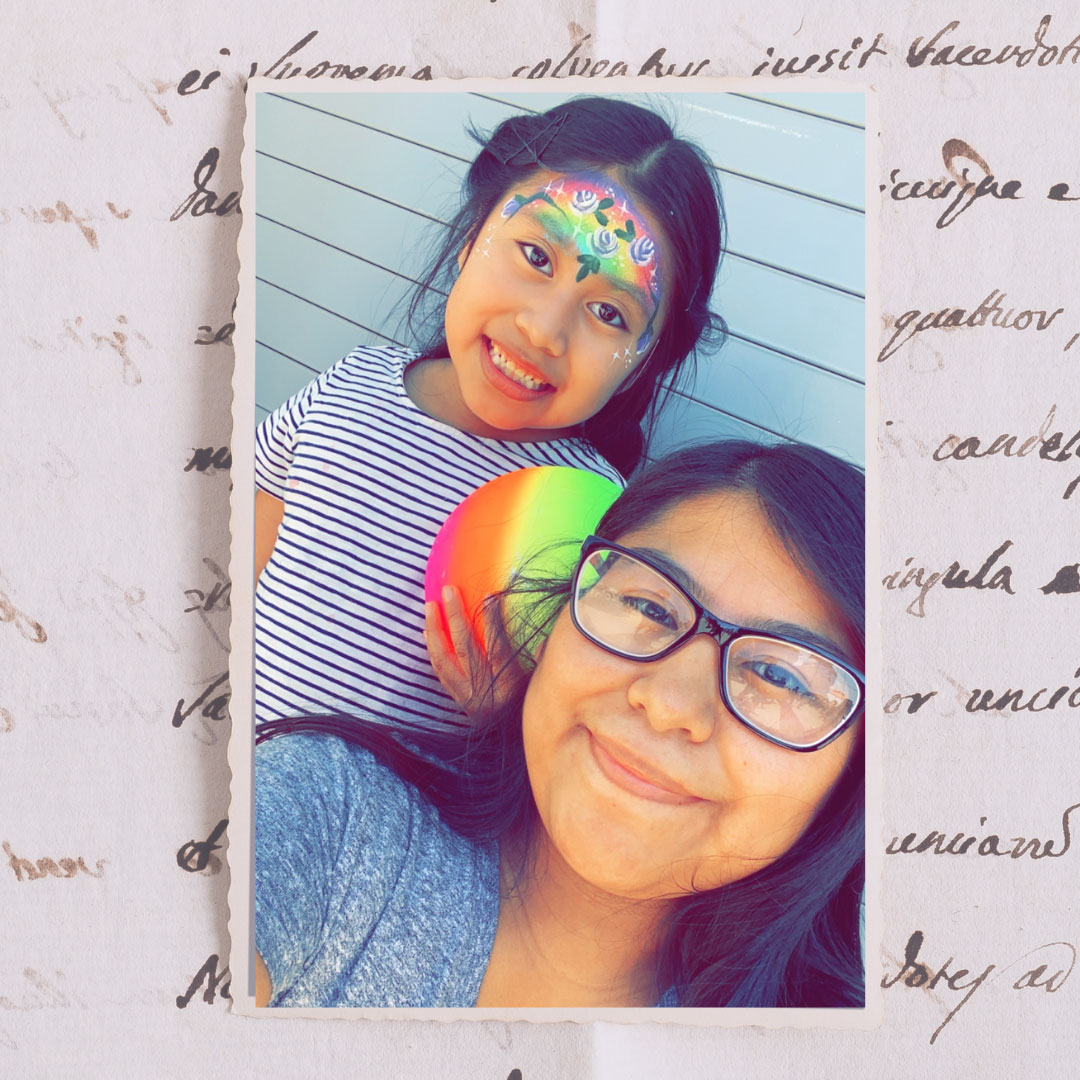 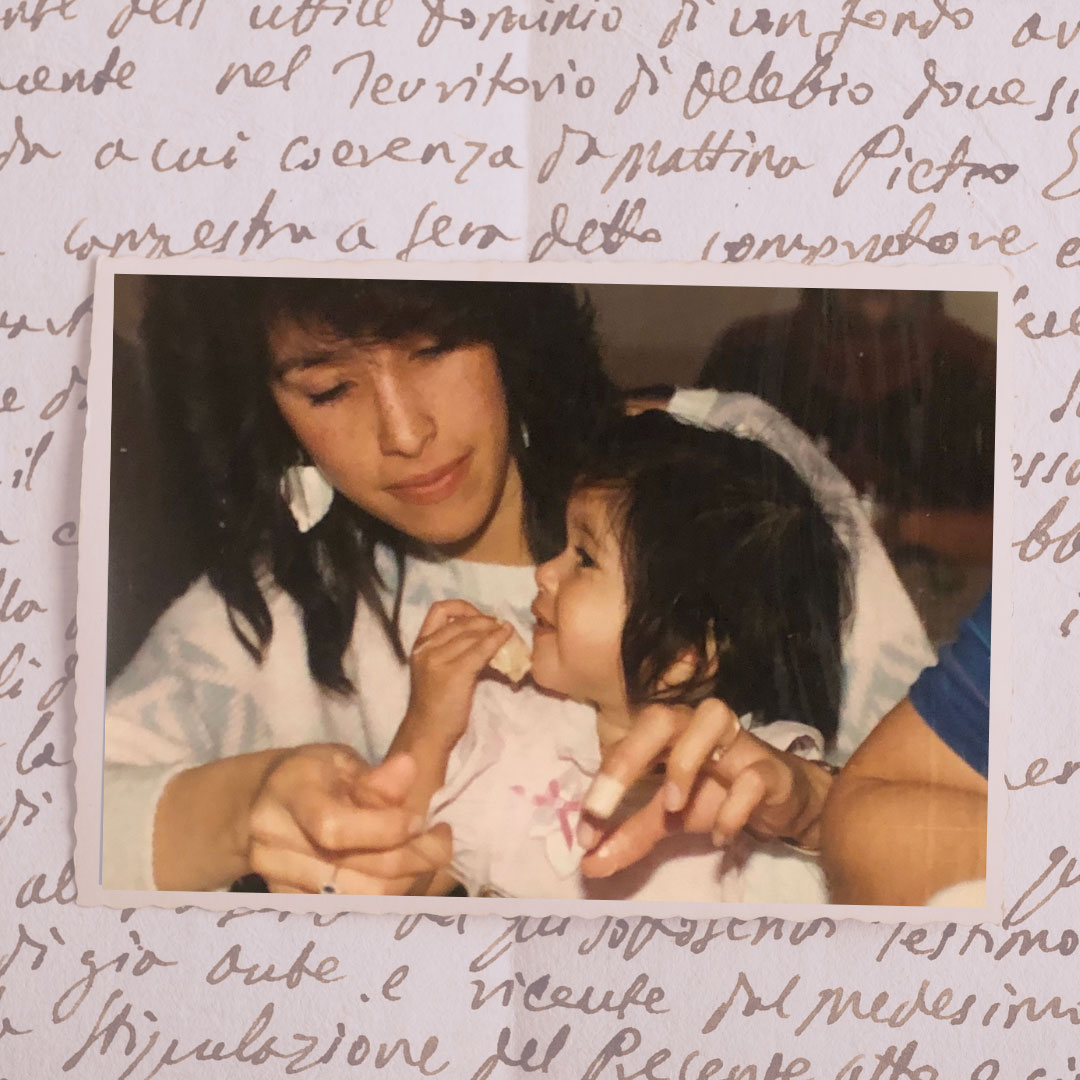 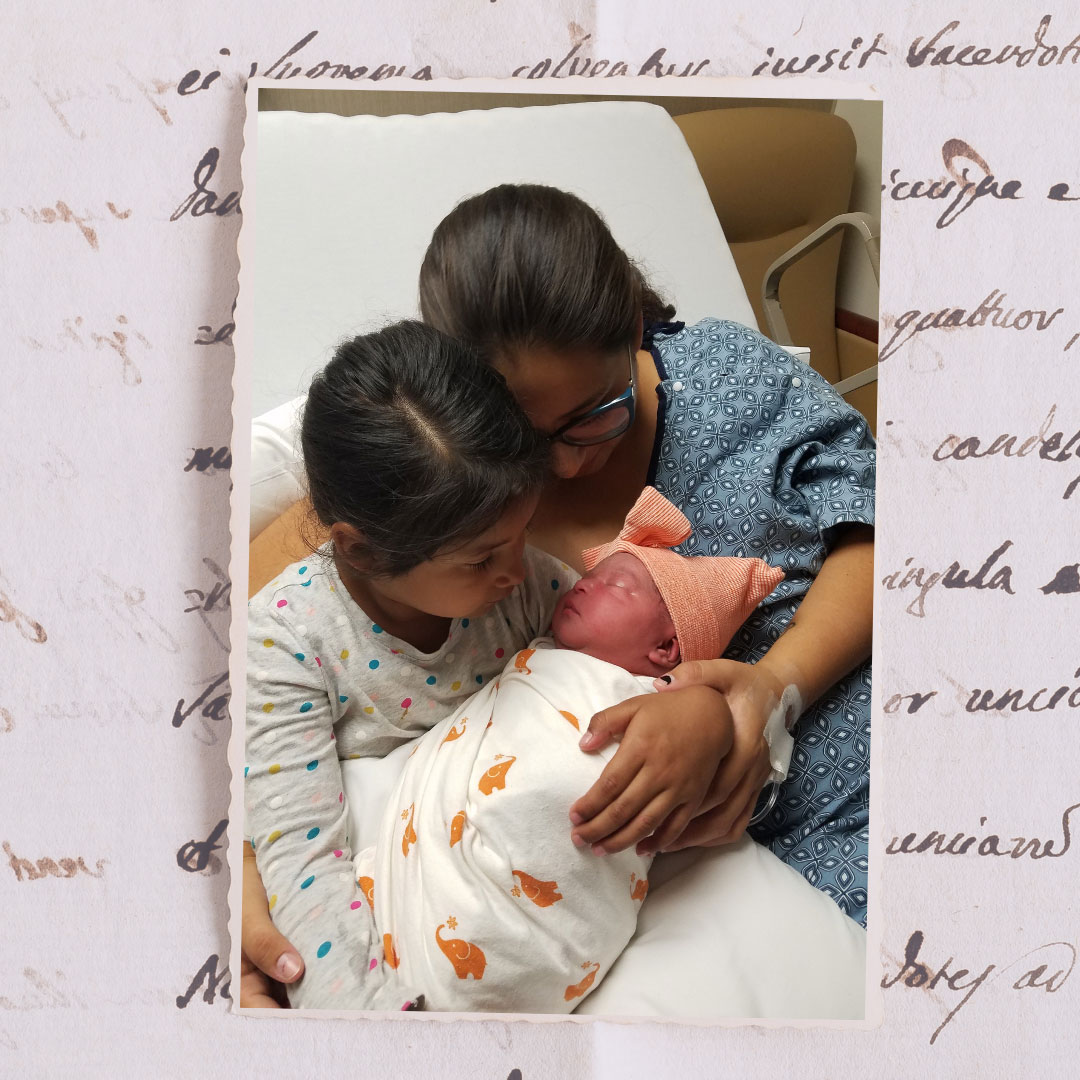 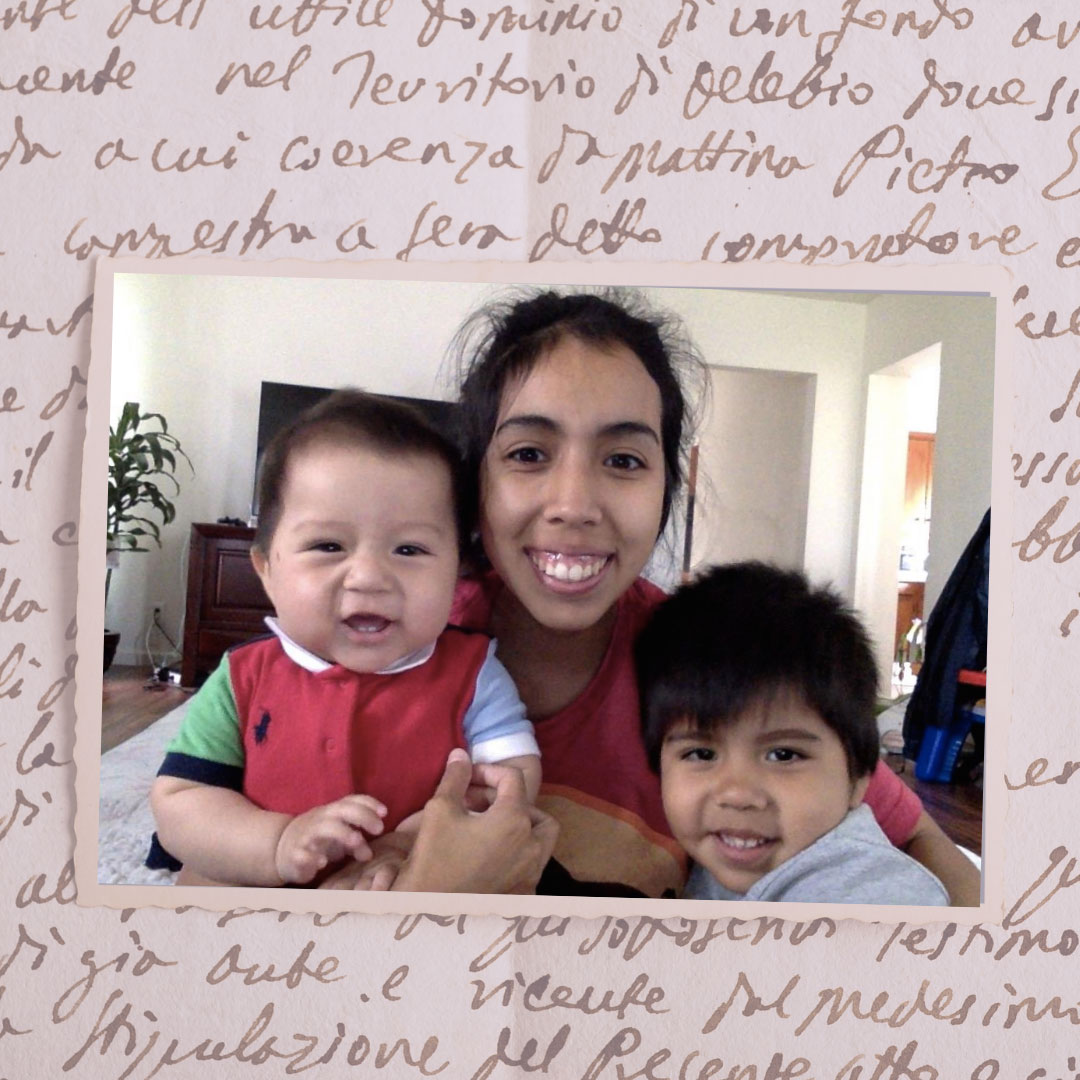 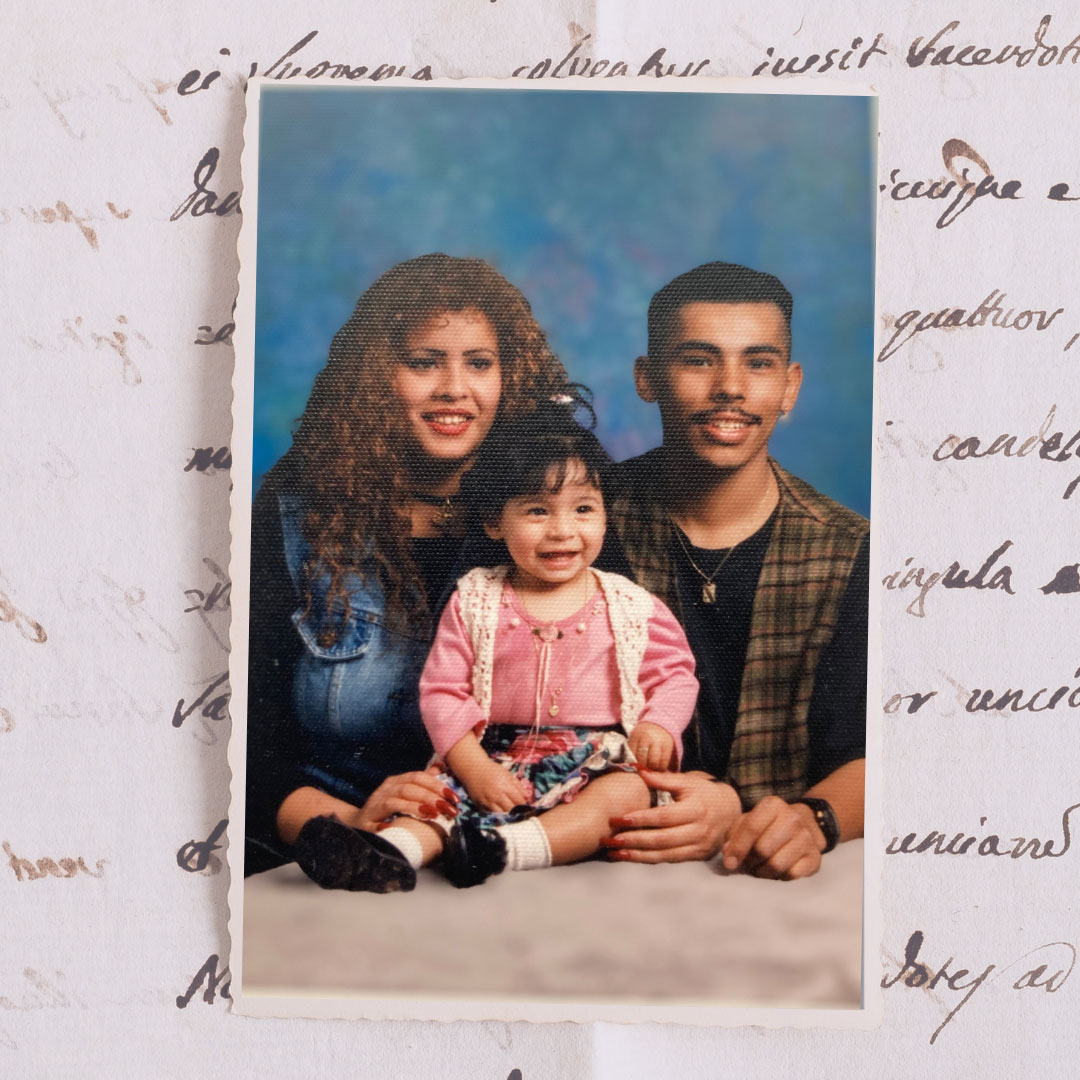 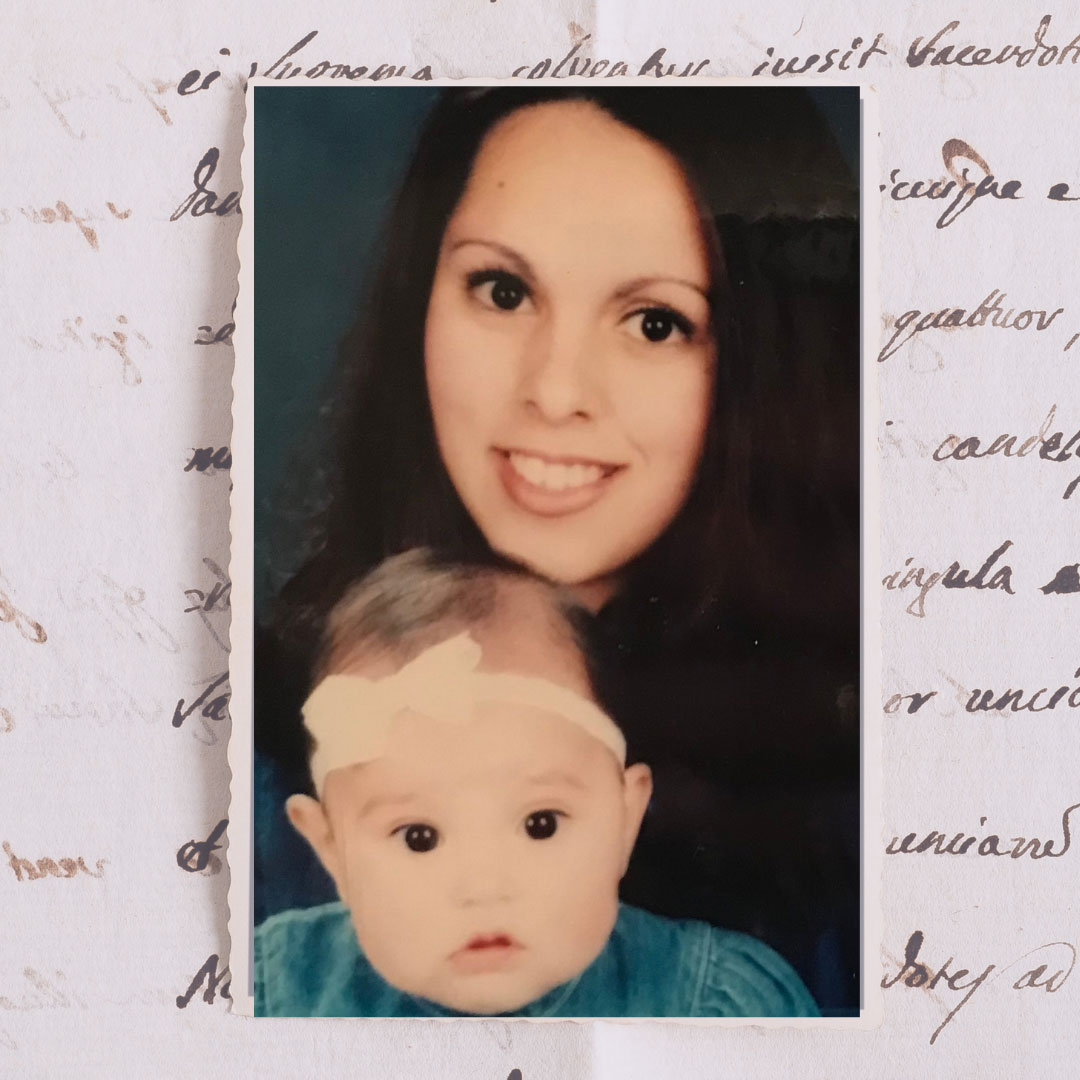 My greatest joy is when I became a mom at the age of 18. Being a mom is what shaped me and my future. My baby didn’t take away my future, she gave me a new one.

I had to work to help provide. I had all the responsibility of a new mom, learn how to care for my baby and the new loving experience of being a mom. I formed a new life of working mom, wife, and mother. I enjoyed motherhood so much that I had my second child at 22 and my third child at 32. I loved being a young mom more than anything in the world. I was so energetic and eager to become the best mom ever to my babygirl. It was about doing your best, and loving your child with everything you have. It was an emotional roller coaster of good days, hard days, and days so incredible they take your breathe away. I have had so many life experiences with my kids and family that is has led me to become an advocate for foster kids. I truly enjoyed being a Fostermom for eight years and making a difference in the lives of kids facing uncertain circumstances. I am a mentor for former foster kids and volunteer at a Fostercare organization, as well as being a loving grandmother.

Being a young mom made me a stronger person, very responsible and resilient.

Being a young parent has made me realize no matter how high or deep a barrier looks, we will break it and enjoy the journey.

Life of a Young Parent

Growing up I lived a great childhood. My mother who was also young at the time brought me to the United States when I was 6 months of age. Going to school for the first time was different for me. I grew up in a spanish speaking household. I also grew up in a household of strong women. As a child my mother was involved in my education and would volunteer in the classrooms oftenly.

I remember always asking my mom about my dad and how he was when they were together. Being a young parent for her was quite difficult. She met my dad when she was 16 years old and he was 28. She had me when she was 19 years old. At the time my dad had another family of his own, only my mother didn’t find out about it until her pregnancy. She was isolated for the majority of her pregnancy with hardly any doctor visits. She was in pain for 3 days waiting for my dad to come home until she left on a taxi. Which is where she had to have an emergency C-section since the umbilical cord was around my neck and doctors saw my heart with abnormal heart beat. She was alone in the hospital for 3 days when my mom called her not to come home. His wife had burned down her house along with all her belongings. I had always wondered what my dad would look like and how one day I would meet with him again. After 24 years of searching for my father, I am now able to put an image on his face.

She then decided to move to Los Angeles where her parents and 6 siblings were waiting for us. Growing up I saw her hustle between jobs to provide all she could for me. She had my brother when I was 4 years old and my youngest brother when I was 10. My childhood quickly spiralled when I was 7 years old. I was sexually abused by an old neighbor in the same apartments. When I was 9 my mom’s older brother abused me while she was at work during the night. Years passed and I hadn’t told her out of fear.

I remember when my mother told me how she was abused as a child growing up. After taking a couple of minutes to myself, I was able to gather my emotions. It was until the age of 15 that I was able to tell her about the people who had hurt me while I was a child. In that moment I thought about my child’s future. I knew how horrible it felt growing with so much fear. I knew I never wanted my child to feel what I felt. It made me want that sense of communication between me and my child.

Being a young parent has made me want more in life for my baby and me. While going to high school I had difficulties in my classes. When I was a Junior one of the counselors had called my mom in for a meeting. He explained to her how I wasn’t going to graduate high school and how a continuation school would be a better option for me. He then handed her a list of schools for pregnant students. Both my mother and I refused moving me to one of those schools. I then transferred high school in my junior year, second semester. Being undocumented and young made it difficult for me to find a job to provide for my daughter. I would think of different ways I would be able to make some money. I then decided I would sell chips, candies and refreshments. I was able to graduate high school on the principal’s honor roll with the support of my counselor who stuck by my side and believed in me. As I walked down the aisle of graduation, I thought about how far I had come and the accomplishments I had made. I knew I would always want a better future for my daughter.

When my daughter started attending school, I started getting involved in everything and anything I could. I was able to become the parent representative at her center and many parents told me they were surprised to see such a young parent involved in their child’s education. She was proud to see me at campus while she was attending school. Many of her classmates have told her how she has a pretty and cool mom.

I had my second daughter when I was 20 years old. I remember Abigail would always tell me how she wanted a little sister. Abigail and Samantha have had a great bond since she was a baby. She would help me change her outfits and diapers because she would tell me how much she loved her little sister. When I decided to separate from their father, Abigail and Samantha made me want to be a stronger person for them. If I was able to break barriers before, I knew I would be able to do it with them by my side. I was able to come out to my family about my sexuality and didn’t care about the judgements that would come with that.

I have always loved being completely open with them both about life. Both of them are becoming the smart, strong and brave little girls I always wanted them to be. Growing up I had many barriers in life and I want them to face life knowing they can break through any obstacles they might face. Being a young parent has made me look at life differently.

Young Parenting is a Celebration Not a Limitation

My children are older now – 6 and 8. They no longer require diapers and demand levels of autonomy that often have us sharing independent shape within our home. For someone that spent the ages of 19 until about 24 going to school, working side gigs and raising a toddler and an infant, crossing the threshold out of young parenthood into this more matured phase of parenting makes me appreciate the experience that much more and pushes me to make sure a new era of young parents get the respect they deserve. The mental and physical hurdles that young parents overcome — even if they do have help or support — needs to be applauded. Their journeys are ones worth celebrating, worth respecting and worth being heard.

A letter to my parents

Becoming a young parent definitely made me become a strong independent woman at such a young age. Yes, I was terrified knowing motherhood was just around the corner but my head and heart knew I can do it and conquer mom world. It’s weird how your body completely transfers into a strong woman. No fear got in my way as I was holding my newborn baby girl. I’m so proud to say 2 more came right after. Now both are college students and my baby now 14, is in High School. Being a young mother was terrifying but pushed me to become the strong independent woman I am today.

“Being a young parent made me realize how strong I really was!”